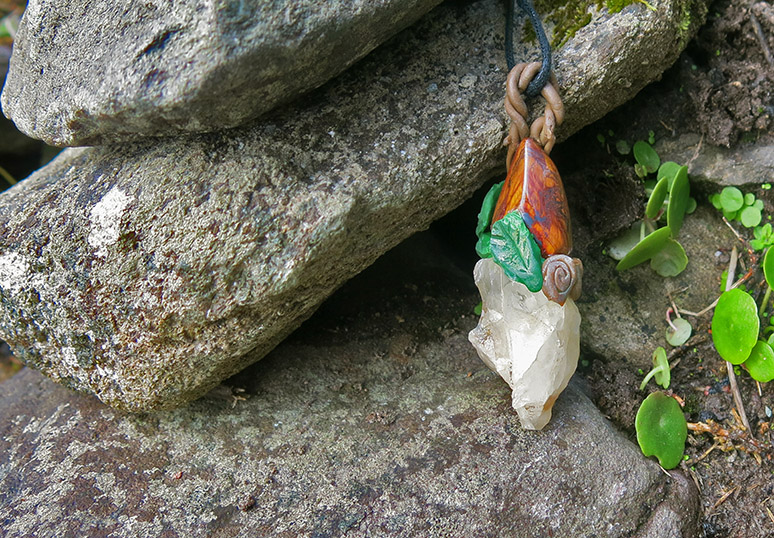 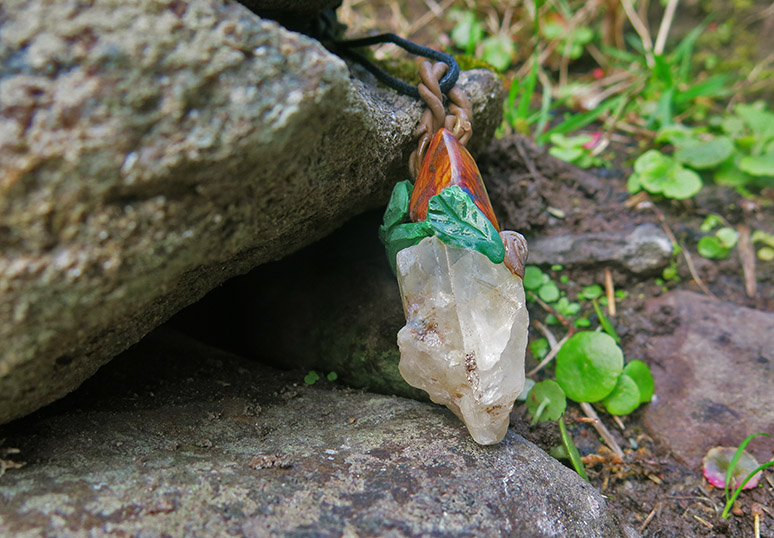 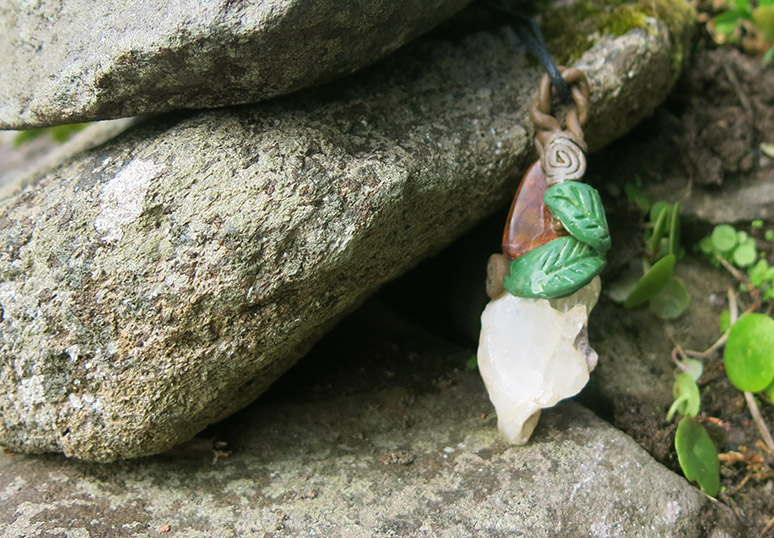 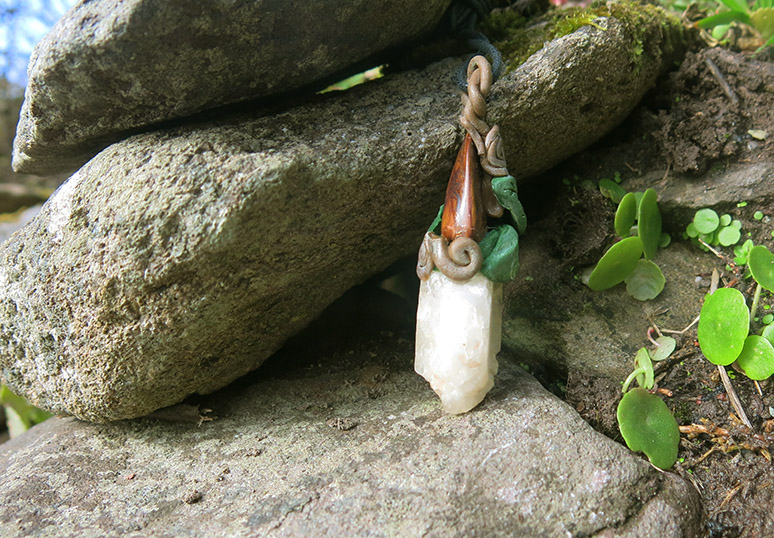 $
70
€ 45.00 EUR
This product is out of stock.
Product is not available in this quantity.
Description
Details
Faq

This Kerry Crystal and Tiger Eye Pendant, evoke nature by beautifully sculpted leaves and vegetal twirls. Solas Nadur means in Irish: “The light of Nature”, and the Kerry Quartz has been respectfully gathered in a Fairy Fort on the Dingle Peninsula, in West Kerry.

This is a powerful stone that helps youto release fear and anxiety and aids harmony and balance. It stimulates taking action, and helps you to make decisions with discernment and understanding. Traditionally it was carried as an amulet against curses or ill-wishing. It is known to give you courage, self-confidence and strength of will.  It enhances creativity and is one of the stones that aid kundalini awakening.

In the shadow of Mt Brandon, Irish mainland's westernmost point. It is there, where I respectfully gather materials I use in my crafts, with gratitude and respect. Here is a unique piece of this beautiful western edge of Ireland. 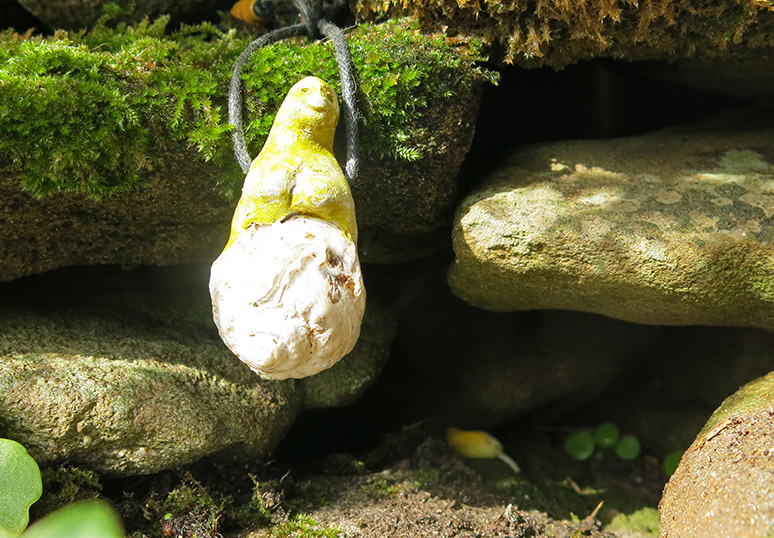 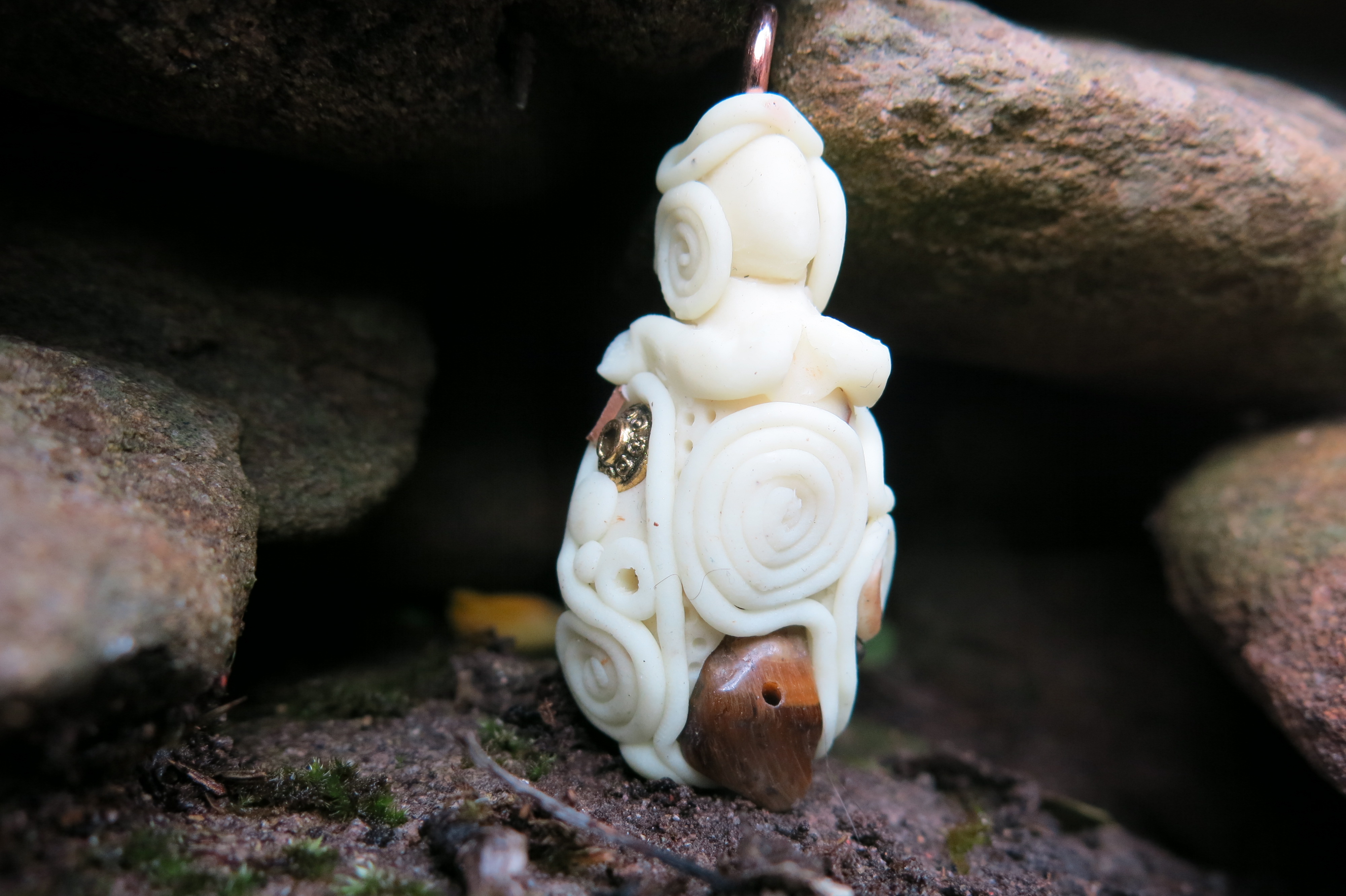 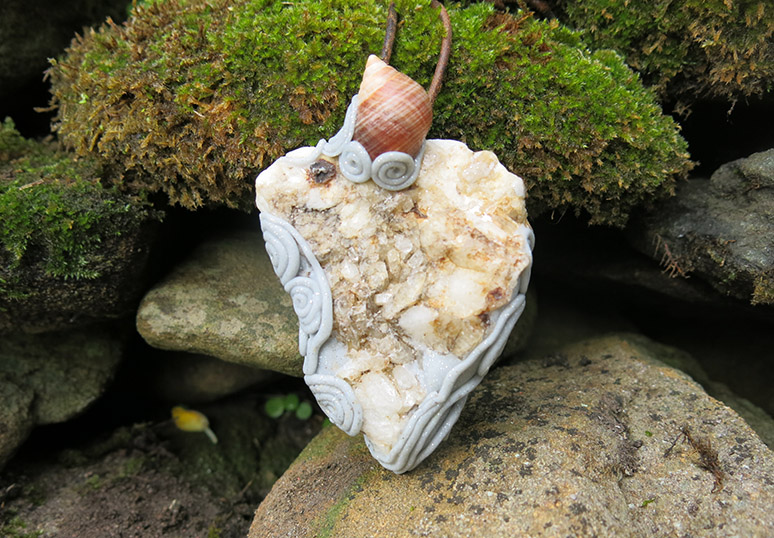 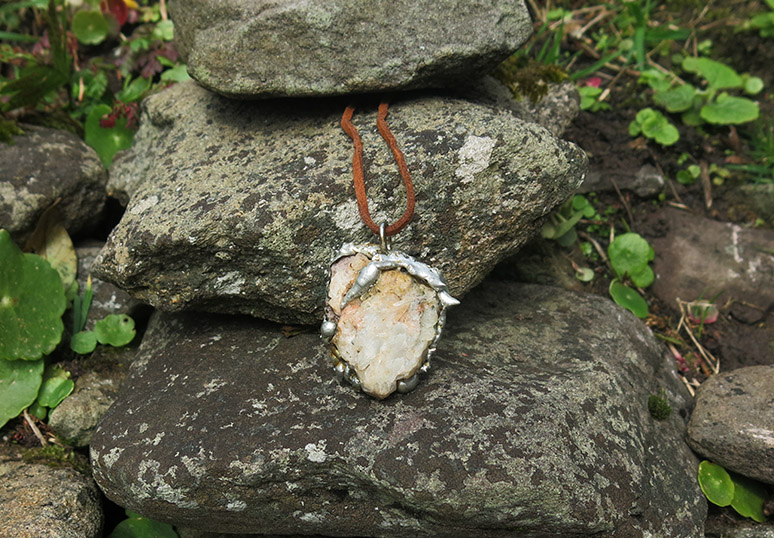 Solas Nadur means in Irish: “The light of Nature”, and the Kerry Quartz has been respectfully gathered in a Fairy Fort on the Dingle Peninsula. In the shadow of Mt Brandon, a maze offuchsia-fringed boreens weaves together an ancient landscape of prehistoric ring forts and beehive huts, crosses and holy wells, picturesque hamlets and abandoned villages. It is there, on its meandering sea shores framed with purple cliffs and emerald vegetation, where I go to secret coves where I respectfully gather a gift or two left by the Ocean. Every material Iuse in my crafts has been gathered with gratitude and respect, and is a unique piece of this beautiful western edge of Ireland. There is magic in all of them.

The soil of the western part of the Dingle Peninsula, in County Kerry, Ireland, is composed in a major part of quartz. The countless crystal caves and veins running through the ground provide material for my crafts, which I always gather reasonably and respectfully. The Kerry Quartz, also known as Kerry Crystal or Dingle Diamonds, is a very special type of quartz, which purity equals its metaphysical and healing properties. Indeed, be it found as clusters or clear pure points, the Kerry Quartz powerfully cleanses all impurities through the different energy bodies, and also provides an invincible protection. Opening the higher Chakras and spiritual awareness, the Kerry Quartz is at the image of the land which created it: wild, beautiful and strong.

Tiger Eye is a most ancient talisman, mysterious and powerful, revered and feared - an “all-seeing all-knowing eye,” thought to grant a wearer the ability to observe everything, even through closed doors. It was chosen by the Egyptians for the eyes in their deity statues to express divine vision, and was believed to provide the protection of the sun and earth combined, of Ra, the sun god and Geb, god of the growing land. Linked to the magical tiger, the king of beasts in Eastern mythology, Tiger Eye portrayed courage, integrity and right use of power. Roman soldiers carried it to deflect weaponsand to be brave in battle. It has been highly regarded throughout history as a stone of prosperity and good fortune, protecting one’s resources and reflecting back malice or threats from others. It is a crystal with lovely bands of yellow-golden colour through it.