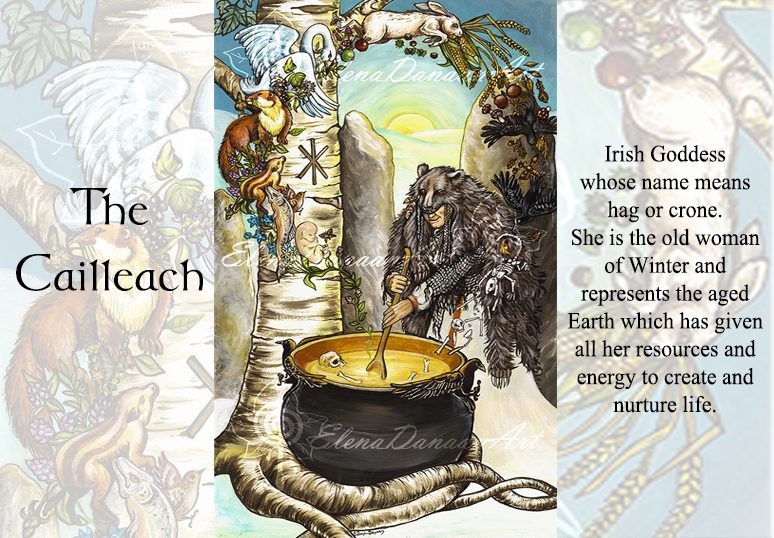 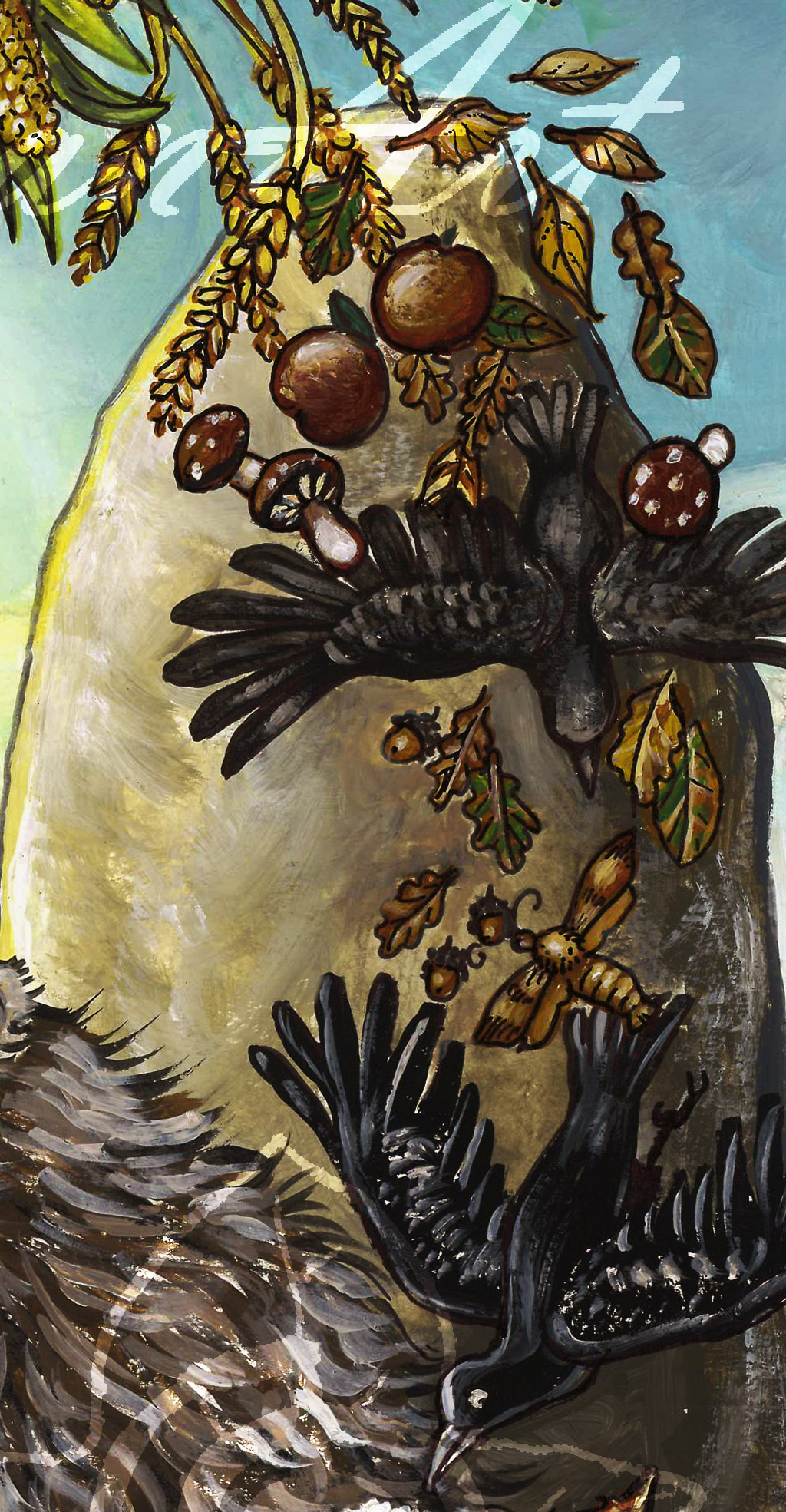 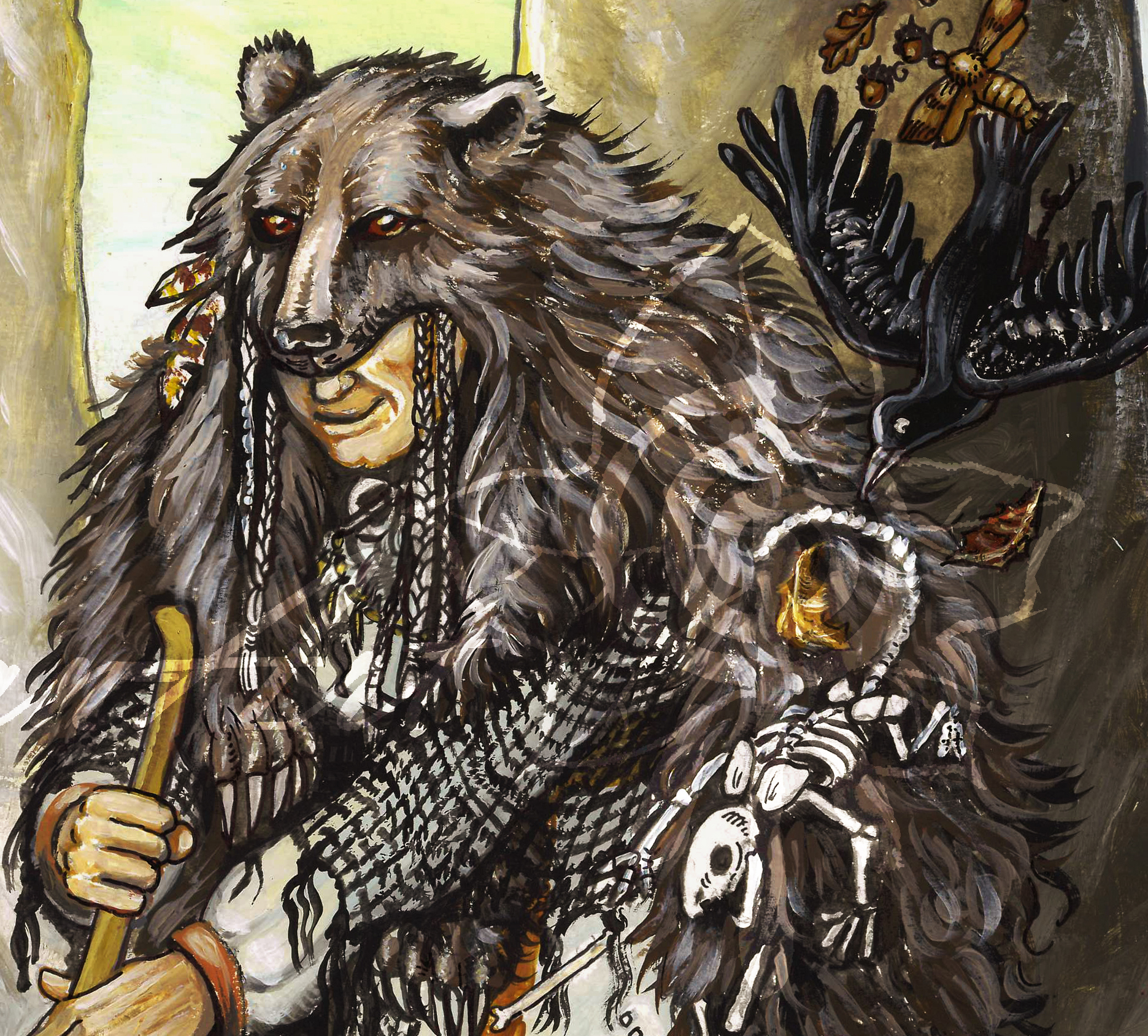 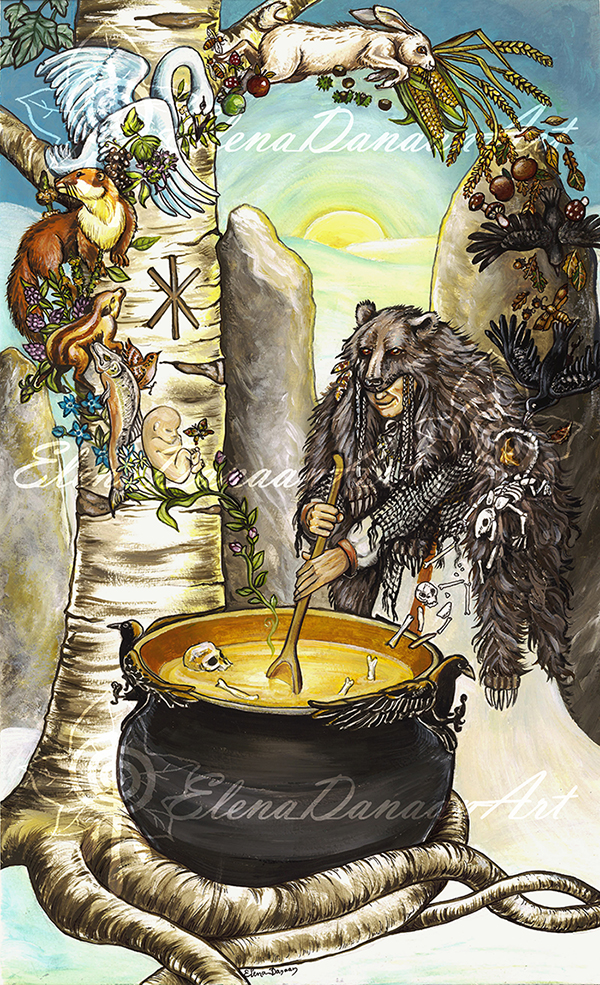 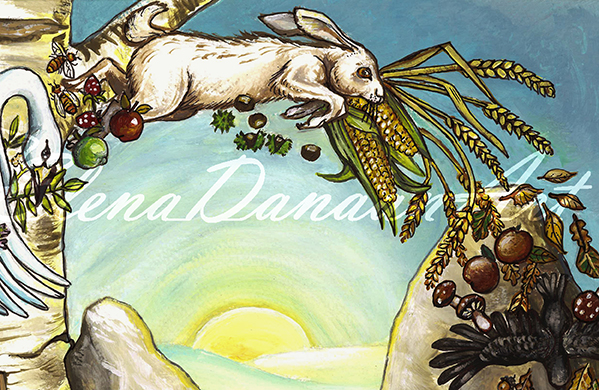 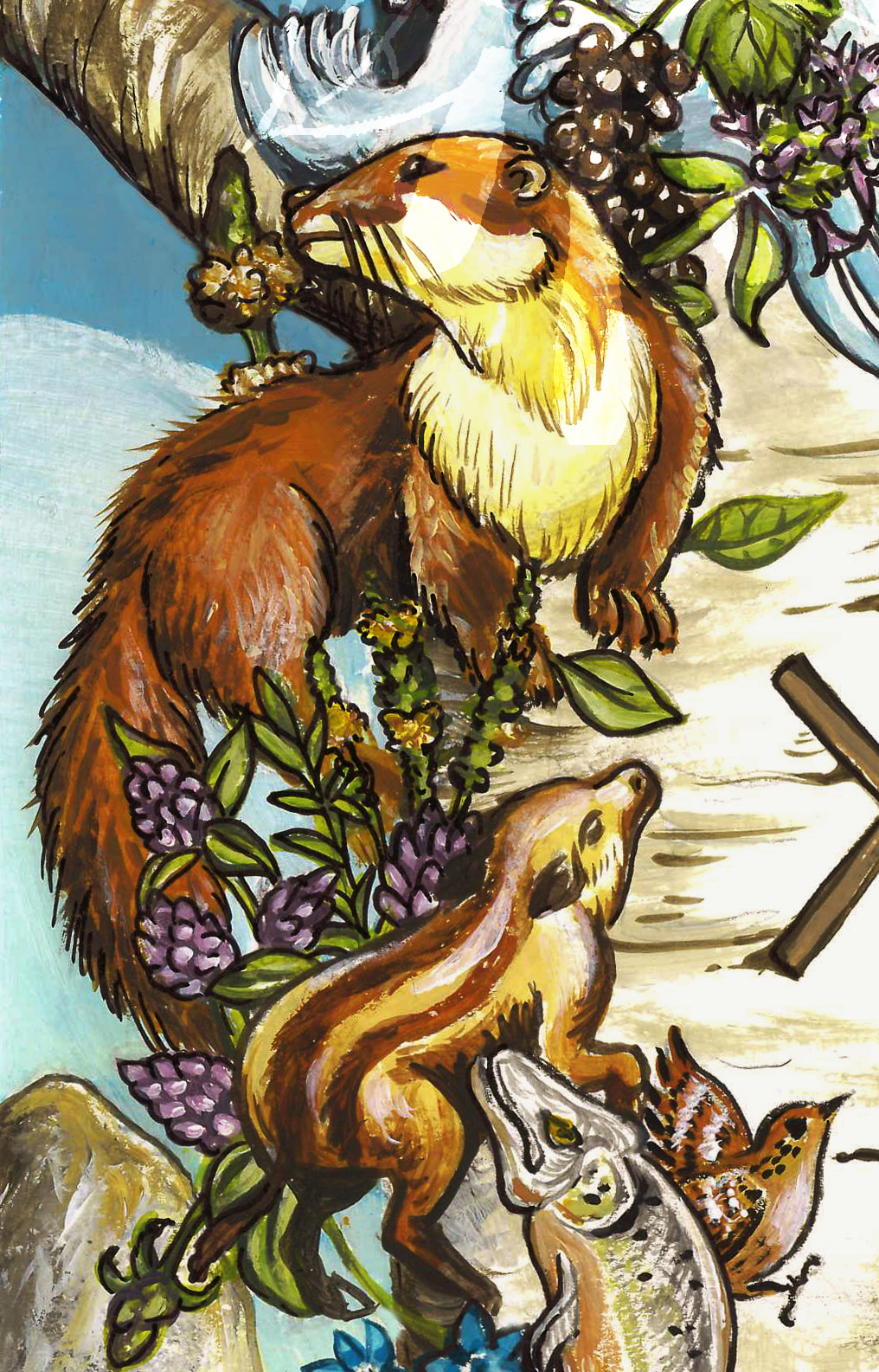 She is one of the more ancient Celtic goddesses whose lore and worship still survive in many European countries today. The Cailleach is the very ancient Hag-aspect of the Triple Goddess, who was known by many names throughout the Celtic countries, such as Cailleach Beara, Cailleach Bheur, and the Crone of Beare. This deity was the Goddess of Winter, who was reborn every Samhain.

At the time of the Irish festival of Samhain, the Cailleach  leaves the mountains and begins her walk across the lands, bringing the winter storms, snow, and death. Thus Cailleach has the power over the weather and storms of winter, she is also called “the daughter of Grianan,” the winter sun. On the old Celtic calendar, there were two suns, 'the big sun,” which shines from Beltane to Samhain, and 'the little sun,” which shines from Samhain to Beltane Eve. According to the legend, the Cailleach can transform herself from a terrifying hag in the winter half of the year and into to a beautiful young maiden in the summer half. As “daughter of the little sun,” the Cailleach is an elemental power of winter, the cold, wind, and tempests. She comes into power as the days shorten and the sun courses low in the skies. She carries a slachdan (wand of power) with which she shapes the land and controls the weather. (The Cailleach's slachdan relates to staffs used by Celtic shamans.) While the Cailleach's slachdan resembles the magic wands of the Celts and Norse, it also holds cosmological significance as the power of cold, darkness and winter. It symbolizes the active force of the Old Goddess in Celtic culture. When the light half of the year begins, she hurls her slachdan to the base of the evergreen holly or gorse, storing her power of the cold and dark there until the advent of winter. People observed and watched for definite meteorological changes that signalled the coming of the Cailleach, who brought snow fall over the heather-dyed hills and fields. Various accounts show Cailleach Beara and her helpers riding on wolves and wild pigs (like Norse and Russian witches) especially in February storms. Scots call her the “Old Wife of Thunder.”